Please check the box if you wish to receive energy news and updates from us.

For example, the Enbridge T-South natural gas pipeline has been undergoing a reliability and expansion program in the Cariboo region that is set to create up to 300 jobs from 2019-2020. This 2,858 kilometre pipeline provides gas for the entire province and even into the United States. The work, that involved replacing old compressor station units with new, more reliable and efficient units; adding an additional compressor station unit; and undertaking smaller upgrades and operational maintenance at various facilities along the system. That work has taken place throughout the Cariboo region and lead to workers staying in local hotels and spending money in the community.

This is very important, given that turn downs and mill closures across the province. It’s clear that when the forestry sector hurts, everyone in the region does as well. The current situation has led to community members moving to projects in Alberta and at other mills out of the region. Taking high quality jobs and opportunity doesn’t just hurt the region, it hurts the whole province.

For those reasons, Allie and Jack traveled to 100 Mile House to support the South Cariboo Chamber of Commerce, Business Excellence Awards and Citizen of the Year. It was exciting to share our message and to meet businesses of all sizes. What is clear, is that despite the present challenges, rural communities are resilient.

The team then travelled to Kamloops meeting with community partners and energy citizens. Kamloops is a major hub for natural resources in general, but it will also be a significant site of construction for the Trans Mountain Pipeline, creating some jobs and economic benefits for the region. It also reduces the need to ship oil by truck and train increasing safety for everyone. Trans Mountain will provides offtake to the region as well through the Kamloops Airport.

As of December 31, 2019, Trans Mountain and their contractors have:

Our team hosted a pub night at the Commodore Grand Café & Lounge in Kamloops that saw 30 supporters attend. Allie and Jack introduced Mike Davis, Regional Vice President, from our partner organization the Independent Contractor and Business Association (ICBA). The message was loud and clear, Canada’s Energy Citizens want to see the good jobs and opportunities a resource economy can provide. 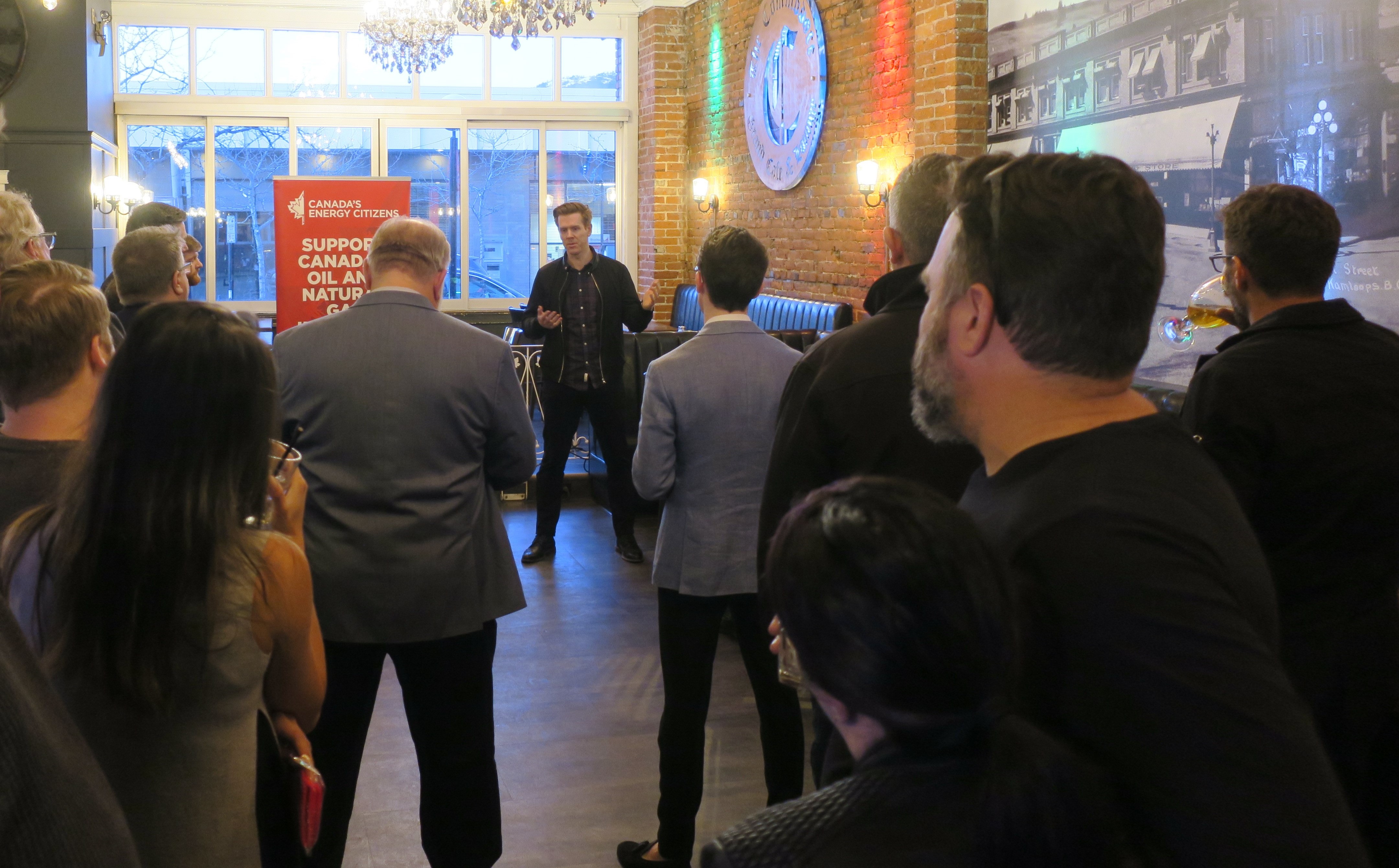 The team also supported and presented at the Kamloops Chamber of Commerce State of the City where Mayor Ken Christian spoke about the things his administration had done in the past year and how they were looking to the future. A future that has some uncertainty, driven by many things, but exacerbated by the COVID-19 epidemic. One of his clearest points that when things begin to slow down, it won’t be international travel and conferences that help bring back the economy, it will be interprovincial support. That’s increasingly clear as governments shut their boarders to non-essential travel.

What it also tells us is that we need to stay positive and take a page out of the Cariboo book, we will be resilient The Canada’s Energy Citizen’s team is still hard at work engaging and working with our partners across the country, even if it’s from their homes rather than public events. Most importantly, make sure you thank the essential service workers who can’t work from home and are currently driving this country forward.

WHEN IT’S NO LONGER ABOUT THE ENVIRONMENT

IT TAKES A COMMUNITY TO TWIN A PIPELINE

As Independent Contractors and Businesses Association (ICBA) Builder’s Circle Partners CAPP and the Canada’s Energy Citizens Outreach Team recently travelled to Fort St John to attend a speaking event hosted by the ICBA featuring Rex Murphy. Sadly, Rex was sick and unable to make it. As a result the event was canceled and is being rescheduled.

We partnered with a local BC business in Prince George to provide 100 free meals to truckers.

Many of us have had to make significant sacrifices in order to help fight the COVID-19 pandemic. Yet, that hasn’t stopped Canadian’s from stepping up to do their part and contribute when they can.